Y is for Yellow Yadu 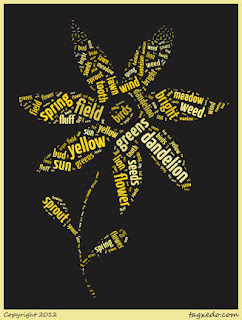 In the A to Z Challenge, we are writing about something to go with each letter of the alphabet, one letter a day through the month of April.  Today we're on the letter Y.
My theme is poetry for ages 4 to 104.  In addition to writing at least one poem, I'm also incorporating a Tagxedo image with a font having the same letter, and the Tagxedo theme beginning with the same letter.  It isn't so easy with these last letters, so sometimes I have to get creative with where the letter is found!
We are close to the end now!  But you can check out my other posts listed on the side.  Then head on over to check out those of other writers by clicking on the top tab "A to Z Participants"!

Does anyone have a suggestion as to how I might put these together into a book? I'd like to do that, and maybe add some extras for some of the letters, or just edit it down to just one per letter.  Any ideas on which way is best?  Suggestions?  Encouragements?  H-h-e-l-p?

The yadu (also spelled ya-du and yatu) is a Burmese form of poetry which consists of up to three stanzas of five lines. The first four lines of a stanza have four syllables each, but the fifth line can have 5, 7, 9 , or 11 syllables. A yadu should contain references to the seasons.
It has a climbing rhyme. The rhyme is on the fourth, third, and second syllables of both the first three lines and the last three lines.
Example of the rhyming pattern:
---A
--A-
-A-B
--B-
-B---


Y is for Yellow Yadu

Okay, that wasn't the easiest pattern to follow.  Yowza.  You should try it.  I dare you!  It is fun when you finally get the rhyming locked into the correct syllable on the correct line, with the right number of syllables...oh, and then make sure it has a season theme, and then of course, be about the Y word... All this just after you've suddenly remembered that you haven't done this letter yet and it is 11:45 pm the night before and you have a grandson arriving in about 15 minutes from PA, and there's a shower to go to tomorrow and you want to make a trip to Friendship to see Gull Haven and so there will be no time on Saturday to write anything.
Can you tell by the rambling, I'm anxiously awaiting the arrival of my daughter, son-in-law, and grandson?

They just texted me and said they were about 6 miles away.
So good night, Y'all!
Whoops!
Yea!
They're here!
Give me that grandbaby! 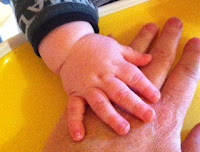 You are my sunshine.