Showing posts from January, 2013
Show all

I'd Rather Pick my Nose 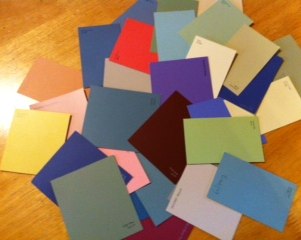 A'Pickin' Colors Awash in bright colors Drifting away Aloft in sky blues Greens carry astray Aghast that these hues Create such ado Affirmed as the choice Yet I look at anew Anoint the best shade now I must be abed! Another one calls me I can’t get ahead! Asleep I should be But my choices abound Across the whole spectrum The options astound! Afloat in more colors I wish to avoid - Appeasing can't happen; I'm just so annoyed! Aweigh with the paint chips Tossed skyward above - Atop my house floorplan To land like adove. Adore where they’ve roosted I know you’d agree Aqua should be there And the browns cast asea. Amid this confusion All paint chips aside Apart from hot pink The results I’ll abide. ©Donna J.T. Smith, January 29, 2013 I've been trying to pick interior colors for Gull Haven .  It hasn't been easy. My OLW is "ordered", and this has been the hardest thing to put in order!  This is how I&
5 comments
Read more 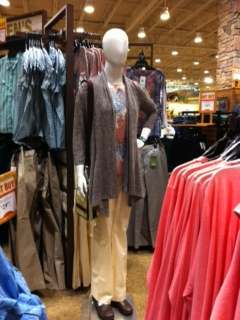 We went to Cabela's last night.  And look who I saw there!  What an improvement!  I think the gentleman I spoke with last time must have taken my comment about blogging this more seriously than the last three people I spoke to there.   He did a double-take when I told him and said, "Wait.  You are blogging this?" She is not only sporting a much more up-to-date outfit, but she has developed a bit of an attitude with those new clothes!  Look at that hand on her hip!  I almost didn't recognize her. She has a nice print top and draped sweater, topping beautiful cream colored slacks. Her brown, leather shoes are practical, but fashionable.  Such an improvement over those clunky black boots she's been wearing for months.  I hope they don't try to sell those boots; they must be pretty stinky by now. And look how nicely she is accessorizing!  She's got bracelets and even a purse! I don't think she needs a hat.  If only she had eyes, so she c
7 comments
Read more 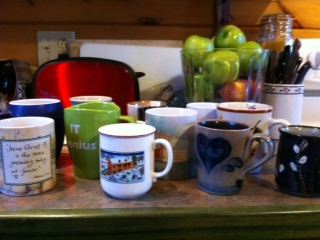 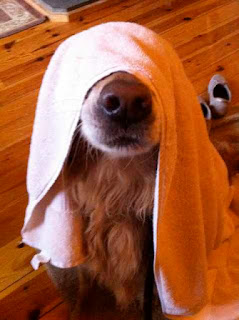 I do not want to know what is happening. On October 17, 2012, we had an earthquake here.  It was not right here but in western Maine and 6 miles or so below the earth's surface.  I was here alone and thought our boiler must have exploded.  But when no hole appeared in the floor nor did smoke emerge from the basement door, I decided a semi must have somehow crashed through the woods and landed in the side of our garage.  Seeing nothing outside and trying to get more clever, I deduced it must have been a huge accident across the river at the iron works.  But shouldn't there be sirens going off then? Though I'd never experienced an earthquake, and there were no reports on the Internet of an earthquake, and given the fact that Maine rarely has an earthquake, I still came to the conclusion that it had to have been an earthquake. I thought earthquakes were felt and not heard... but no, you hear them, too.  Then yesterday, we had another.  My husband and I were sitting at th
5 comments
Read more

From this... To this! No, not again.  You said it wouldn't be.  You said she'd be dressed better.  You said just wait; you'd fix her outfit. I'm not thinking a new hat makes this outfit better. And not only that.... but the hand with the broken finger.... it's gone entirely. And not just the finger -  and not the hand - but her whole arm. Her right cuff is cleverly unrolled now concealing that sad fact. Each time I've gone in, I've mentioned the mannequin to a salesperson there.  In December, I talked to a person who seemed quite concerned about the mannequin's appearance and asked when I'd be in again.  I told her I might be in just after Christmas.  So she said she'd make sure something was done to help this pathetic excuse for a mannequin.  Well, she didn't use quite those words, but her eyes told me she understood. Mannequins are supposed to be the epitome of style, the wearers of the latest fashion, the mode
8 comments
Read more 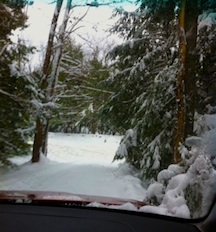 We've had a few snowstorms lately, and they sure do seem to mess up life and schedules.  So - an observation for consideration from my window: ~~~~~~~~~~~~~~~~~~~~~~~~~~~ Our new year may seem Like a mess to us now But God’s hand is in it And He's got a snowplow. He's tidied the way And made the path clear Now all I must do Is stay on it this year. ~~~~~~~~~~~~~~~~~~~~~~~~~~ Happy 2013!     This is my Slice of Life for the first Tuesday of the year.  Thank you Ruth and Stacey for hosting this on your Two Writing Teachers blog.  I have enjoyed almost two years of posting on Slice of Life.  Though I'm retired now, I still enjoy reading of the daily life of teachers. I think like being a doctor or lawyer, when you retire you are still one.  I identify myself as a retired teacher.  Once a teacher, always a teacher.  I've just added things to my repertoire lately that I didn't have time for before! Wow!  Just checked!  It's my 3
13 comments
Read more
More posts