Showing posts from November, 2013
Show all

It's getting colder and colder up here in the Northeast corner of the land.  Should have a wood fire going in the stove...but I guess I'll just turn up the heat and stare out the window at the cold and tired rose bush.  Can't wait for spring.  We can skip over winter.  And summer.  Spring and fall, spring and fall...that's all I need.  But that's another poem for another day.  Today is "Rosy". my toes and my nose are really froze i think that they are doomed do you suppose my rosy nose could smell a rose in bloom or should these rosy toes o’mine go where it’s warm and days are fine and other posies loom? It's a comfort to know that closer to the equator and in the southern hemisphere there are some rosy roses and warm noses, and that soon it will return here, too!  My cat knows how to keep his nose warm. And now to enjoy more poetry and poetic subjects, go to our Poetry Friday hostess Katya Czaja at Write, Sketch. Repeat.
5 comments
Read more

Thankful for my Childhood

November 21, 2013
When my parents were young, age 26, they moved from Massachusetts to Maine with their 4 children, to move into their new home in the country, leaving most of the family and both of their jobs behind them. They were so young.  But people were older then. My dad was fresh out of the Coast Guard and a welder, and my mom was a registered nurse at Mass General, and their work schedules meant they were almost never home at the same time.  They wanted something different for their new family.  They wanted a new fresh branch for the family tree.  It was a bold move, and I'm so glad they did it.  I wasn't glad at the time.  I had no emotions about it.  I'm not sure I even knew we were moving.  We just did it.  And when we got there, we found we had a huge house out in the country. My dad got a job at the Hyde Windlass in Brunswick, and my mom stayed home, starting the Bonnie Brae Nursing Home in our house.  When Dad was home on weekends, he was the cook for the nursing home.  I th
7 comments
Read more

November 16, 2013
Yesterday for Poetry Friday, Greg Pincus at GottaBook wrote a limerick about a time-eating poem...I just couldn't let it lie...not lie like not truth...like lie down there and don't anything about it.  So my comment had to be a relimerick.  (Does this ever stop...now I have gotten another thing in my head that I will have to write...just a minute...I have to bring up Pages and jot a note about another poem I want to write...be right back). Good.  Done.  But now I can't stay here long.  I have to go write it.  You didn't think I could write it that fast, did you?  That was just a note to help me remember what I wanted to write about. A N Y W A Y - - Like I said Greg wrote a poem and I liked it, so I replied in my comments with this that is written below that came to me.  So read his first and then come back.  I can wait.  But not long.  I have to go write something else that I wrote on a page in Pages.  I don't remember what, so it's a good thing I wrote it
2 comments
Read more

November 15, 2013
Poetry Friday is being hosted by Jama Rattigan at Jama's Alphabet Soup .  Pay her a visit, and enjoy the poetry banquet. Do you remember sleepovers? We had sleepovers with friends and cousins, and they always went the same way.  Food, playing, laughter, whispering, getting scolded for still being awake - really, what did they think would happen? - scary stories, pillow fights, and 3 am. I can still bring up memories of those late nights - early mornings - the first time you knew that night really did become morning again - the wonderful feeling of being awake when no one else in the world was (or so we thought).  It was an experience that could only be truly appreciated in childhood.  You see the same late to early hours in motherhood, but somehow they aren't as exciting then. ************************************** Sleepover  Up to the bedroom Scampering in haste, Squealing and giggles, There’s no time to waste; It’s sleepover night, There’s big
9 comments
Read more

Thanks for This Week

November 14, 2013
I had thought I might be able to do a "Thankful for..." post each day this month, but things just got complicated right away in November, and I let half a month go by without doing that.  But last Wednesday my car wouldn't start, and I've been without my trusty steed for a week.  When I thought about it though, there were still some thankfuls in the whole thing: Unfortunately, my car got sick.  Thankfully, it was right in my driveway, not out on the highway.  Unfortunately, I had to have the car ambulance take it away on a stretcher.  Thankfully, I had an emergency roadside assistance plan, so the tow was free (though I wondered if my driveway would be considered roadside (thankfully, it was)).  Unfortunately, it needed a bunch of repairs caused by a tensioner failure which would cost mega bucks.  Thankfully, they took some of the labor charges off since they had to do some recall work which would involve some of the same labor as the repairs. Unfortunately, it woul
6 comments
Read more

I Saw the Stars Tonight 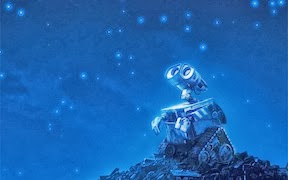 There are still so many things I'm discovering that I didn't realize I was missing.  Yesterday I noticed that our side windows in the car were tinted.  Huh.  Then last night was a moonless night, and I looked up.  I had thought for a while now that I just didn't have quite the same fascination for the sky that I'd always had.  Try looking at the night sky through sunglasses.  That's what I was seeing for years.  I literally cried for joy when I realized I could not count the stars again.  I didn't want to come inside ever.  And I find myself excited about seeing them tonight. PS for those unsure of the correctness of the "I" in the photo caption...see Grammar Girl.   I is correct....I am correct that I is correct. I didn't take this picture.  That's not I in the picture. I saw the stars tonight and I remember them; I remembered how they filled the space of space three dimensionally, some small, some bright, some clustered tigh
2 comments
Read more
More posts