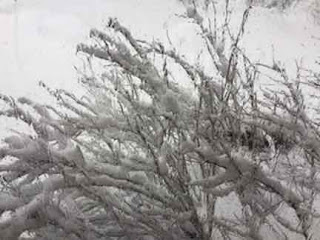 "I am not inspired for writing green yet.  Maybe a tad jealous. We are so snow covered and cold, even the spring Jo-Ann Fabrics flyer feels out of place!  Tomorrow's post maybe!"

This was a comment I made yesterday.  I quickly copied and pasted it here yesterday.  Then I came back to it this morning and realized I hadn't copied or written where I'd left the comment.  Oh, well, at least I still have the idea!

I'm not sure where I was going with that.  Wish I'd written just a bit more to jog my memory as to the points that were on my mind at the time.

Do you ever do this?  You must.  You are writers.  Writers write down their ideas that come to them at inopportune times so that they will remember them.   You can probably tell the age or stage of a writer by what they do when an idea comes to them.

If you are new to it, you just think.  You don't even know you have an idea (though that happens to all writers at some point).  You don't see that fleck of dust just waiting to be written about, expounded upon.

As you get more experienced you see the dust, and try to remember it.  We all after a dozen times doing this, realize that just doesn't work.  Sometimes even when we know it won't work we try to do this still.

Then comes the stage of carrying a notebook - at least I think this is next... no.
Then comes the stage of wanting to carry a notebook and pen.  You usually have a pen anyway.  So you don't have a notebook, but realize you should.  So you use anything that is paper-like - receipt in your pocket, napkin at McDonalds, the back of an envelope, the border of an advertisement flyer, the program for the musical you just attended, the church bulletin (Heaven help you if you were needing to write in church...) - really, any papery pond.

When you tire of scridges of paper, you may actually go an buy a notebook.  But the trick then is to actually carry it ALL THE TIME.  When you don't, you have to resort to one of your other failing methods.

I was clever here and used a different form of "writing it down" before it escaped.  I copied and pasted.  I had my blogger window open, and pasted it there.  Sometimes I've emailed myself an idea when I only had my phone.

Phones, iPads and other tablets have made it easier to capture your idea and hold onto it until you can publish or post, or whatever it is you want to do with your writing can be done.  The tricky part is still writing enough of it, so you can fill in, flesh out and let it grow.  I did not do that.

But it still gave me something about which to write.
Maybe I'll remember tomorrow.

I decided to do a poem today using the above post.  See all is not lost!


A Found Poem from the Above

Inspired for green
Yet so snow covered
And cold this morning
Not sure -
I wish
A bit to
Jog my memory.
Probably the age or stage;
You don’t even know
That fleck of dust -
See the dust.
Remember it.
That doesn’t work;
Any papery pond
May carry it!
It escaped:
(I had my
Window open)
An idea
To hold,
Grow;
Maybe tomorrow
a poem
is not
lost.