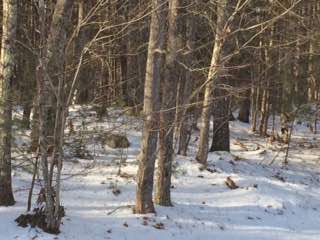 It's my husband's first official day of retirement - really yesterday, but he wouldn't have been working anyway.  Or maybe tomorrow is, because it would have been a day off today, too.
We are not BOTH retired now.  We've never been retired together before.  We've either been in school or at a job FOREVER.  I guess we were retired up to the age of 5 or 6, but not together.  No commitments up until then.  And now no more commitments again some 60 years later.  There's that word again.

I thought more about my OLW on Saturday and Sunday.  The word "commit" came up at church in a reading.  Then it came up in a song.  It was a sudden and unexpected request to sing at morning service when the scheduled person was ill. - "for I know whom I have believed, and am persuaded that He is able to keep that which I've committed, unto Him against that day"...

So when commit came up AGAIN in a scripture reading.... and I'd written COMMIT as a possibility on Poetry Friday... it seemed that the word had attached itself to me.
so that is the word.

COMMIT: to carry into action deliberately; to obligate or pledge oneself

Where else will COMMIT take me, take us?
Well, let's just boldly move ahead and see.

One commitment I'm going to try to keep for myself, is to write a Haiku or short poem a day, that tells something good that has happened that day.  I thought I might put them up here, but I may just make a notebook of them instead.  At the end of the year, I will have a year of Happy Poetry.


Here we go - beginning of my commitment:

Haiku 1 for yesterday (I have another one slated for "The Book"):

Haiku 2 for today (again, there is another one in my files for my commitment of compiling a book of 365 poems in a year):

The first two (four) haiku of the year.  The first two for my book are saved in my files.  I am committing to writing one or two haiku or other form of poem a day this year.  One will be for online and the other will be in a file for a book.  That's one of my commitments for this year.

You have my permission to ask how I'm doing at any time this year.  I will try to keep you posted.  If you don't see a poem on any particular day, then it is a day when I have only written one, and I won't "publish" it on my site, just in case I end up with a publishable book at the end of the year.  I am giving myself permission though, to play catch-up if I run behind for any reason.  But I really want the poems to in some way be a reflection of each day, so that shouldn't happen too often!

It's Monday.
What a great start to the new year and the new chapter!

On Poetry Friday, I'm going to have a line challenge... see you then.