April 25, 2014
My theme: Book Titles A to Z written by Maine authors,
and a poem for that title each day for the month of April.
The poem is not about the book, but is written with the title as inspiration! 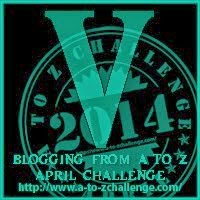 
To help make up for the lack of V titles, in addition to using two titles in one poem, I will use a V poetry form: the Villanelle - a nineteen-line poem with a rhyming scheme of: aba aba aba aba aba abaa.   The first and the third lines in the first stanza are repeated in alternating order throughout the poem, and both are in the last two lines of the couplet at the end.

I’d like to be a river,
winding round the bend -
a rolling life giver

whose cold spray sends a shiver
as over rocks I wend.
I’d like to be a river

I’d start out as a sliver -
a wide bay at ocean end.
a rolling life giver

who’s able to deliver
whatever men would send.
I’d like to be a river

Lois Lowry lives part-time in Maine.
"The Giver" is about a perfect world. The Giver holds the memories of the pains and pleasures of life.
~~~~~~~~~~~~~~~~~~~~~~
I wrote this poem first when I wasn't sure I'd find a V title (which technically I didn't do).This book began with a V, but Jill Krementz is not a Maine author.  However there is a  connection to Maine, in that the ten-year-old trumpet player, the subject of her book, is Josh Broder from Portland, Maine.
"A Very Young Musician" shows, in photographs, Josh and how his music plays a role in his everyday life.


An old tin can was a drum
His dirt clad hands would beat
Some measuring spoons on a cord
Made him stomp his feet,
Two pencils slapped together
Made such a happy sound
A paper tube against his lips
Could toot a tune, he found.
Teaspoons clapped together,
Rubber bands stretched out tight
Could be firmly rapped and strummed
To give a sound quite right.
His audience was an Army man,
Teddy bear and Lego toy,
A space cadet, a farmer,
and a bow-legged cowboy.
He played upon the rock top
Sunny or cloudy skied
His notes sprang forth and touched my heart -
As I watched from inside.
Though he was just a young one
Such music in his soul
Every heartbeat was a note
And every note pure gold.
©Donna JT Smith, 2014


Brought to you by the letter V!

Wonder where the Wubbleyou went?