April 21, 2014
My theme: Book Titles A to Z written by Maine authors,
and a poem for that title each day for the month of April.
The poem is not about the book, but is written with the title as inspiration! 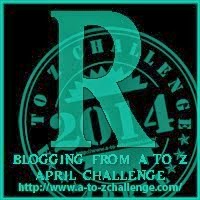 R is for:
Rules

Don’t wipe your feet;
It’s not a big deal,
When you are eating
Let out a big squeal!

Don’t say your sorry
For jumping on things;
If you couldn't jump
I think you’d have wings.

Dig up the garden -
Go right for the roots!
Chomp on the newest,
Most tasty-est boots!

Scratch on the corners,
Put hairs all around,
Put paws in the fishtank -
Oh, look, the fish drowned!

Don’t pick the flowers!
Don’t jump on the bed!
Don’t burp at the table!
Don’t scratch your head!

Don’t talk when you chew,
Nor chew when you talk;
Don’t run in the house,
Just keep to a walk.

Don’t ask your mom
If you’ve just asked your dad;
And don’t scream and yell
When you’re feeling bad.

Be nice to your friend.
Sit in your seat.
Hold your hands still.
Don’t wiggle your feet.

"Wait...
It seemed to be easier
To live in the zoo
There weren’t so many things
That you couldn’t do!

Maybe you’d rather
Just be a small mouse
And go where you want to
All over this house.

But watch out for cheese;
It could be a trap!
I forgot about that rule -
Stay away from the..."
Snap!

I tried to try a Rondelet for "Rosebud & Red Flannel, but I forgot about the rhyming scheme (that's why it is down here at the bottom now.  My "Rules" poem I came up with to replace this one.)  I played with it some more and just made it worse, so here's what a Rondelet is -  a French poetry form with a septet (7 lines) with two rhymes and one refrain: AbAabbA. The capital letters are the refrains, or repeats. The refrain is written in "tetra-syllabic or dimeter" and the other lines are twice as long - "octasyllabic or tetrameter".  Now, to be honest, I don't have a clue what anything between those two quotes means.  I know what "Tetris" is and "octopus" and "diameter"...  I'm going to go do some research and see what I can understand.  I vaguely remember not being able to understand it in high school.
I do understand rhyming pattern and number of syllables though, so there's no excuse there.
Here goes, the right and the wrong of a Rondelet today (I am posting it as I wrote it, without the rhyming pattern...I won't show you the garbage that spewed forth in my attempts to make it all come out right!)  It's not bad if you don't call it a Rondelet...maybe I could call it a wRongdelet:

Ethel Pochocki has written many books for children, including The Attic Mice, Rosebud and Red Flannel, and Maine Marmalade. She lived in Brooks, Maine.  The illustrator, Mary Beth Owens, is from Walpole, Maine.


In this book, a nightgown, Rosebud, and a pair of long johns, Red Flannel, are blown off the clothesline in a snowstorm.
They would usually hang side by side on the clothesline.  Red Flannel loved Rosebud, but Rosebud was a little too refined to give Red Flannel the time of day.
When a snowstorm comes up, Rosebud and red Flannel are blown away and to on an adventure together.  This book has beautiful watercolor illustrations, and was a Lupine Award winner.
Amazon link to book

One of the books he wrote, Reasons and Raisins, a children's book, was published in 1976.
How could I leave it out of a Maine authors list?  Couldn't.  So here it is.


R is also for:
Richard Aldridge lived in Sebasco Estates, Maine. He was a 1952 graduate of Amherst College, and published his first poems in New Poems by American Poets in1953.
He was granted a Fullbright Scholarship at Worcester College, Oxford. He worked for the publisher Doubleday and Company, and later moved to Maine.
In 1958, he married Josephine Haskell, having met her at camp in the Sebasco Estates area, where they then resided.  He taught in Bath at Morse High School and at Hyde School, retiring in 1985 to devote his time to writing poetry.  He died in 1994.
I, unfortunately was a teenager in high school when I knew him, so was pretty much unaware (as is the custom of most teens) of the resource and knowledge available at my fingertips.
~~~~~~~~~~~~~~~~~~~

My poem is a bit "If You Give a Mouse a Cookie"-ish and unrhymy.


Reasons and Raisins
or
"If You Give a Reason for a Raisin, He'll be Raisin' Questions to Get a Reason"

"I already told you,
The reason is
Raisins.
Don't be raisin' any more questions;
I'm plum out of reasons."

This post was brought to you by the letter R!