February 11, 2014
The  Slice of Life Tuesday is hosted at Two Writing Teachers.
Go there and check out what's going on today in people's lives. 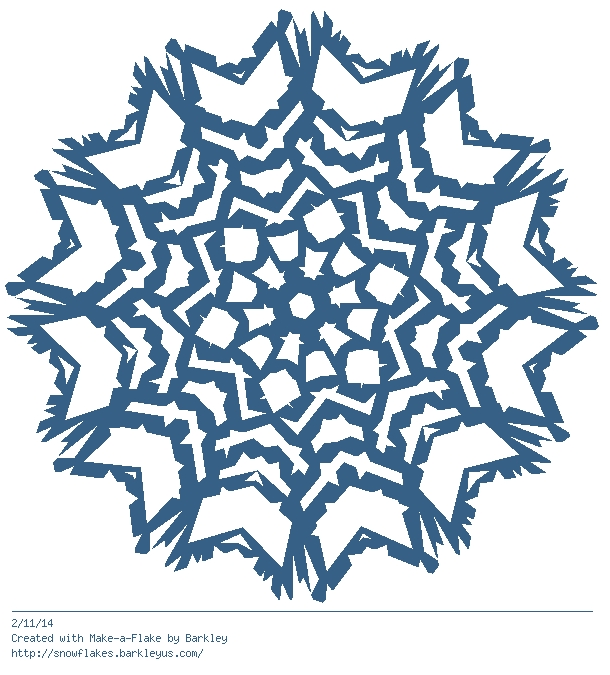 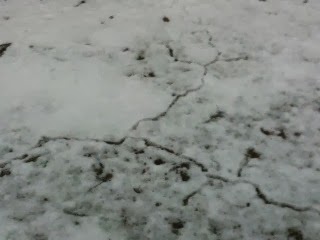 Before the last two snows this week, we had a bit of warming and rain, and lots of the snow melted.  When it did, it revealed in the snow, down at the grass level, the trails of a mouse, or mice.  Then on a recent drive, in the fresh snow, I could see animal tracks all along the edge of the highway up past the ditch on the tree line.
I am always fascinated by all the activity that the animals carry on doing through the winter.  You know it happens when there is no snow on the ground, too - and quite possibly more so.  But in winter it is like a little time line, a recording of what has gone on, visible now because of the imprintable snow.
When I look at the mouse trail, I wonder what made the mouse turn in a particular direction and then come back.  Was there a little tender piece of grass, an acorn, a bit of lichen?  I know at one point the trail came to a halt and then you could see it go around a stick on the ground.  I guess he didn't want to go over it.  Too much digging?  Wasn't sure how high he'd have to go to get over it? 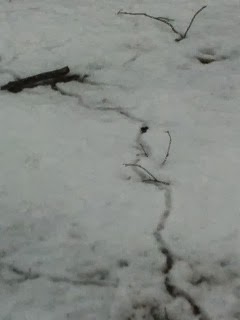 Then we had more snow and covered the trails again.  The new snow that fell was the diamond kind.  The one that has the perfect, reflective snowflakes - the beautiful snowflakes, that when caught on your dark mitten, display their six dendrites, and are the models for the warmer paper flakes we make.  February 9th was "Wilson Bentley's" birthday.  Have you read "Snowflake Bentley"?
"Of all the forms of water the tiny six-pointed crystals of ice called snow are incomparably the most beautiful and varied." -- Wilson Bentley (1865-1931)

As the snowflakes lay on the landscape, the sun struck some of them, and I could see stars on the ground.  Then the constellations appeared. 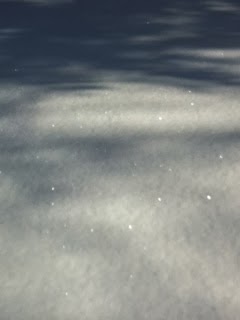 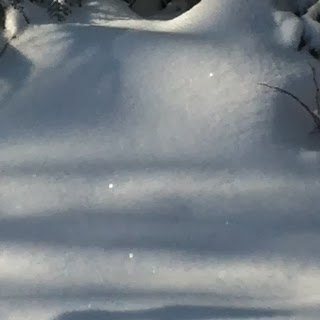 It is fun, even in the cold, to look around and see the good stuff there is to find and think about.  You might as well.  It's a long winter.
Something fun for the kids and even adults to do.... make an online snowflake (also printable). http://snowflakes.barkleyus.com/ 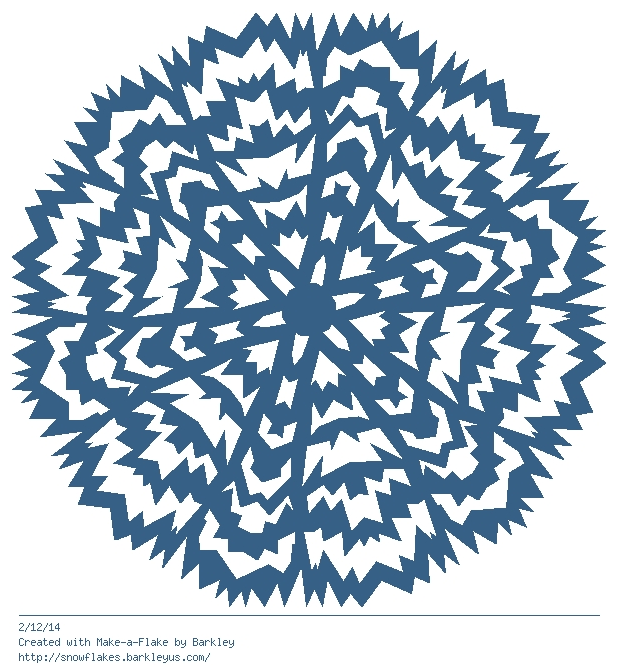 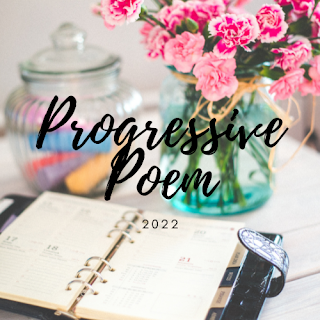