August 18, 2017
As the years have slipped by in the past 5 or 6 years I've been blogging, I've noticed that the  Poetry Friday offerings and Tabatha's Poem Swaps have matured and grown in depth and beauty - as I guess they would.

Wouldn't it be fun one of these Friday's to repost one of our earlier works with a new one - side by side, to see the growth?  Maybe that will be a post for another week.

Today, I have a poem in response to Irene Latham, who last Friday, inspired me to look at the Greek philosophers and use a quote as the basis for a poem.  I settled on a quote by Odysseus Elytis: "You'll come to learn a great deal if you study the Insignificant in depth".

Thanks, Irene, for inspiring me to squeeze out another bit of a poem!  It started out, just a study of a dandelion - that insignificant flowering weed.  I was going describe parts of it, but its small voice spoke to me.  It did not see itself as insignificant, nor a weed.  Perhaps we need to put ourselves in a better light, too. 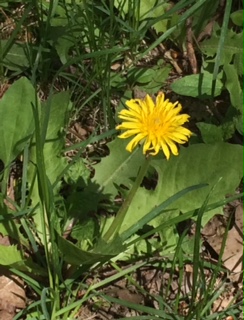 When I looked at the dandelion
Its sun sparkled countenance
Returned my gaze;
Its small rays reached toward the heavens
To touch the sun’s own outstretched
burly beams.
“Pick me and see
I am the twin
Of that orb in the blue,”
I held up the radiant blossom
By its pale hollow stem
and eclipsed the sun
With its grin. 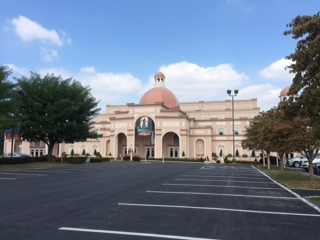 Today I am in PA for tonight's production of "Jonah" at Sight and Sound!  So excited to see it later tonight.  We've seen "In the Beginning God" and "Samson" in other years.  It is such an impressive production.  If you ever have the chance to go - go!  It is amazing and you will not be disappointed.