What is Wrong with This Picture?

One of our "things to do" on Saturday now, is to go out for breakfast.  And when I am out I have trouble ignoring the things I see around me.  Most of the time it is wonderful and I enjoy watching the sights and the people as they come and go.

But this Saturday, it just struck me.  We were in a nearby small breakfast/lunch restaurant.  If I were to pick a genre for the restaurant, it would be a diner, just not in an actual "diner" car as one would usually think of a diner being.  Anyway, it has a "sit-at-the-bar" area on one wall and 4 tables on the opposite wall, and two tables with windowseats and chairs in the front window.  It is a small place, that serves up homemade foods.  It has great food and delicious coffee.  The walls are painted a cheery yellow, with a sage green trim, and has small floral print cotton curtains on the windows.  It's a happy, kitcheny place to go for breakfast or lunch...no suppers - they're closed then. 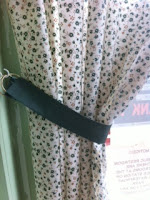 Usually we are at a table on the wall, but it was full when we got there, so we sat at the bar.  We aren't a fan of sitting up high, so when a windowseat became available shortly, we moved there.

From this spot, I could see the whole place.  And it struck me that this could have pretty easily been a diner set up from my childhood.  But the people were not from my past.  It was interesting, to watch how people have changed over the years, and how our expectations have changed.

I watched a young lady, probably 12 or 13 sitting beside her mother (there was no father with them, so that's the first difference) and across from her probably 10 year old brother.  From the back I could see her bra straps, since the tank tops of today don't seem to be made with any care as to where your underwear will be.  That just was a terrible "no-no" in days gone by.  It would be mortifying if a part of your bra strap peeked through from under your blouse (what's a blouse?), as sometimes it did, since straps were threaded in a clip and the end was free and unattached.

They were talking about where they should rent a cottage it sounded like, with the mother asking them how important it was to be right on the ocean because it was difficult to find one right on the water. Well, yes, and it is much more expensive, too (which I suspect was the concern, not the availability), so why should they really have a say in this (unless money is not object, I suppose)? They looked at a brochure for a bit and then girl felt rather free to speak her mind quite loudly and clearly about how she would and could NEVER live in Maine!  Well, again, when I was a kid, that wouldn't have been a topic for discussion.  It wouldn't have been spoken about loudly in a public place.  AND it wouldn't matter where YOU didn't want to live.  You lived where your parents were and there just wasn't a reason to talk about where you did or didn't want to live - we weren't paying for it or trying to find a job there.

When they had first gotten to the table, the brother sitting (and I use that term loosely) across from her, had immediately grabbed a creamer that was sitting in a bowl on the table.  He opened it and drank it before opening his menu.  Now, I know this again is a little thing.   But when we were kids, if we had done that, we would have been told - a. that is not good for you, b. that is not what that is for, c. that is not free: it comes with a coffee that you purchase, and d. if you had gotten away with it before those admonitions were given to you, don't, under any circumstances EVER do that again!

Then we would have been told to SIT DOWN...on your bottom, not with your shoes on the chair.  He was on his knees and feet, leaning on the table throughout the whole ordering, waiting and eating.  Someone is going to need to sit on that chair later, and won't expect it to be like sitting on a dirty sidewalk.  And then we would have been told to TAKE THE HAT OFF...not just AT the table, but upon entering any building.  Where did that go?  Of 5 males in there 3 had hats on.  The two males with hats off were my husband and another older adult.  The three with them on were the young boys (though I often see older men with their hats on at the table nowadays).

A mom with a 2 year old daughter was sitting at the farthest in table, near the kitchen area.  Mom ordered her a LOBSTER - yes, lobster - omelet!  What?  Who are we trying to impress here?  Certainly not the toddler.  The toddler was done with her meal in short order, and now mom was trying to entertain her while mom finished her own breakfast.  Finally, she told her she could get down and play with a wooden pull toy as long as she stayed away from where people would be walking.  So the child was at the front of the diner near the front door, out of sight of the mom who was way at the back.  The child made a few stops on her way to the front to stand and stare at the people eating.  She was cute, but that is beside the point.  You don't stand by people eating and just watch them.  We would have been told that was impolite, well, aside from the fact that we wouldn't have been turned loose in a restaurant for one second.

On their way out of the diner someone said what a cute little pull toy...to which the mom replied, "Oh, it's not hers. The shop down the street said she could take it with her when we went to eat...good advertisement...and we could bring it back after.  I don't know how that's going to go..."

Wow.  I want to buy that toy after it's been pulled down the street, set on a restaurant table, handled by a 2 year old, etc.  And what a great way to teach your child that it is okay to take things from a store - as long as you bring them back - used.  Or even better, a way to get your parents to buy you something.  I'm sure giving it back now will be easy to explain to her.  I'm sure she just handed it back and walked sweetly out of the store.

Now, before you go all "glad I wasn't there, she's really in a grumpy mood", or "chill out, lady", just remember, I'm just telling you (if you are young) and reminding you (if you are older), that it hasn't always been this way.  Once upon a time we had manners and respect for other people's feelings and property.  Things are changing.  Change is not always a good thing.
I'd like to see a return to a few of the niceties, the manners, the self-restraint, the thoughtfulness, that was a part of my childhood.

Keep your elbows off the table.
Please, don't talk with your mouth full.
Don't touch, it doesn't belong to you.

I'm sorry!  See.  I can't even write this without feeling guilty about criticizing.  But it's not like they are bad people, or that I am totally disgusted or angry or indignant...I'm just disappointed, I guess.