Y is for Yield 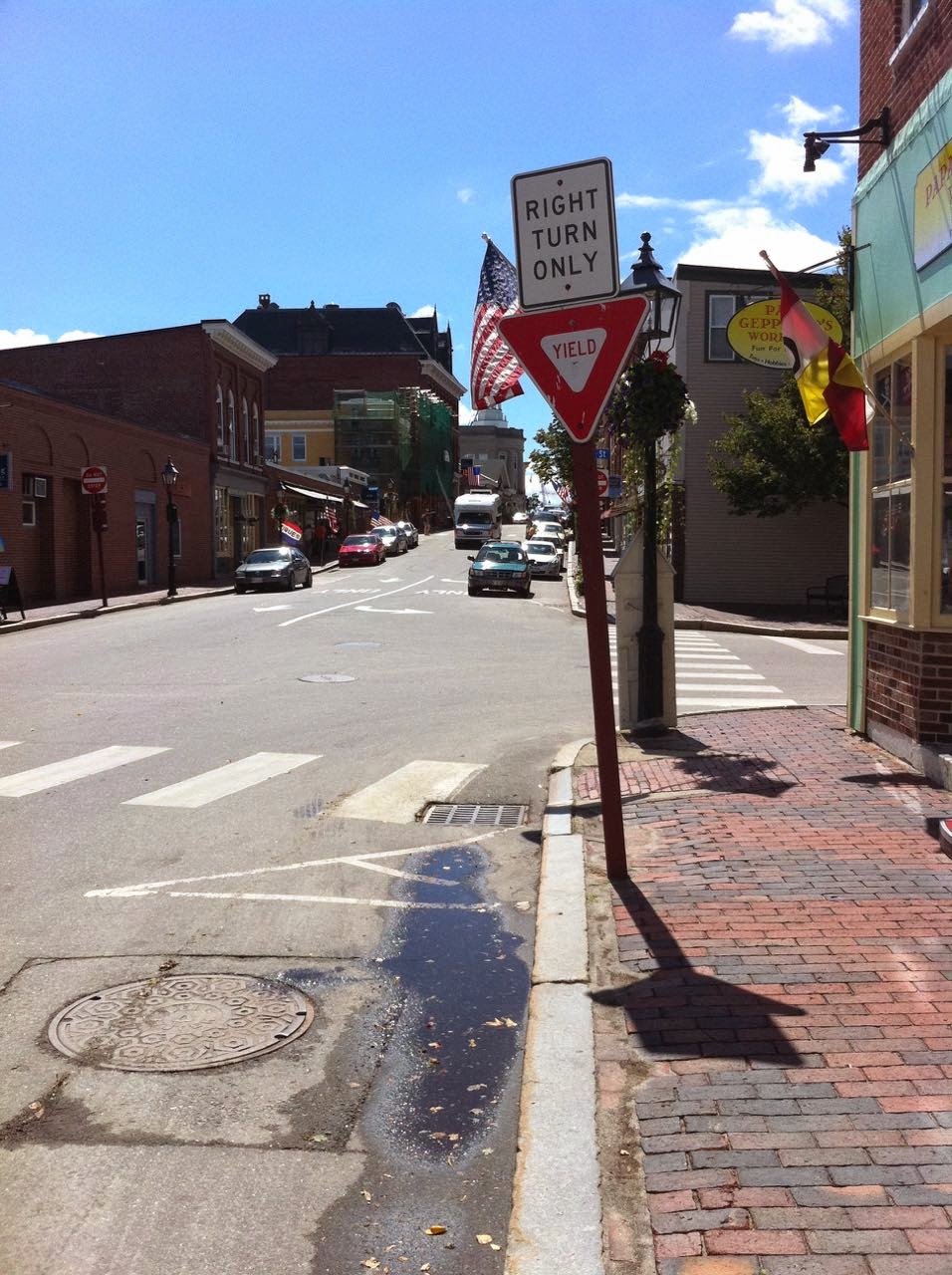 When I took this picture, it wasn't for the sign.  But I will do a poem for this sign, because I didn't find any other clever Y signs.  So this poem will not be clever.  I don't think it will be anyway.  I haven't written it yet.  I'll know in a little while.

So again.  I did not take this picture originally to be a sign photo.  This picture was snapped because of the cars in it.  See that car almost dead center in the picture?  That car thinks it is parked.  Or its owner does anyway. I think they needed to take a taxi to make it to the curb.

It's a good thing you can only turn right from this direction, because that car is really in a driving lane.  And you will notice that it isn't even winter.  Parking is haphazard in the winter.  All lines are ignored.  Even if you can see them they don't count.

So.  A poem for YIELD.  Haiku, acrostic, an ode?
Nope.  None of the above.  It's a Dictionary Poem.  As far as I can tell, I just invented this form.  I wasn't sure if it would be a serious or humorous poem when I started this post.  Now I'm still not sure.  It seems to be an informative one in a humorous-ish way.  I guess you will have to decide its poetic bent.
PS: I've revised the poem to take out the word "yellow".  When I wrote this I guess I wasn't looking at the picture and didn't realize it wasn't yellow and black.  It's the strangest thing...I thought they were orange/yellow and black lettering, but they are not and have not been since 1971!  How can it be that I have not noticed that they are all red and white signs now?  I guess you see in your mind what you expect to see, and since I learned to drive seeing the yellow triangles, that is what I have been "seeing" in my mind's eye all these years.  Wow.  That is so strange.  So anyway, I edited my poem to take out the yellow!

That little sign, triangle, mellow,
seems such a meek, tricorn fellow,
but - it orders you with single word -
without a sound its demand is heard:
Give in,
Give way,
Submit, bow down,
Give up the struggle,
Permit, back down,
Admit defeat, comply, consent,
Agree, cave in, allow, relent;
You don’t have to drive too far afield
To find a sign that demands you yield;
So give it up for this little sign
Demanding that you toe the line!

Did anyone do Yabba-dabba-do for Y today?


And now for the Progressive Poem!
Thirty poets, thirty days, thirty lines...today is number 29, so you know what that means, right?  It's my turn AND it is the last line before the last line (Ha! That would be the next to the last line!)  We seemed to have a lot of story left to tell when we were three quarters of the way through, but Irene Latham (inventor and instigator of the Progressive Poem) had faith that we would be able to come through with an ending.  I think we've made it!  I wonder if I took this the direction YOU would have!  My part is in blue. 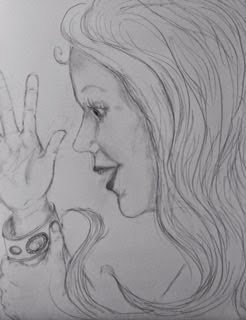 She lives without a net, walking along the alluvium of the delta.
Shoes swing over her shoulder,
on her bare feet stick jeweled flecks of dark mica.
Hands faster than fish swing at the ends of bare brown arms.
Her hair flows, snows in wild wind
as she digs in the indigo varnished handbag,
pulls out her grandmother’s oval cuffed bracelet,
strokes the turquoise stones,
and steps through the curved doorway.
Tripping on her tail she slips hair first down the slide…splash!
She glides past glossy water hyacinth to shimmer with a school of shad,
listens to the ibises roosting in the trees of the cypress swamp
an echo of Grandmother’s words, still fresh in her windswept memory;
“Born from the oyster, expect the pearl.
Reach for the rainbow reflection on the smallest dewdrop.”
The surface glistens, a shadow slips above her head, a paddle dips
she reaches, seizes. She’s electric energy and turquoise eyes.
Lifted high, she gulps strange air – stares clearly into  Green pirogue, crawfish trap,
startled fisherman with turquoise eyes, twins of her own, riveted on her wrist–
She’s swifter than a dolphin, slipping away,
leaving him only a handful of memories of his own grandmother’s counsel:
“Watch for her. You’ll have but one chance to  determine—to decide.
Garner wisdom from the water and from the pearl of the past.”
In a quicksilver flash, an arc of resolution, he leaps
into the shimmering water
where hidden sentries restrain any pursuit
and the bitter taste of impulse rushes into his lungs.
Her flipper flutters his weathered toes – Pearl’s signal –
Stop struggling. The Sentinels will escort you
He stills, closes his eyes,
takes an uncharacteristic breath of…water!
Released, he swims, chasing the glimmer of the bracelet
Gran gave the daughter who reveled in waves.
Straining for fading incandescence, flecks of silver,
his eyes and hands clasp cold silt,
flakes of sharp shale seething through fingers – crimson palms stinging.
A sea change ripples his shuddering back.
With a force summoned from the depths, her charged turquoise eyes unsuffer his heart
And holding out her hand to him, she knows. He knows. She speaks,
as his hand curls 'round her bracelet-clad wrist,
"Papa, just a little longer in the pool! One more time down the slide! Please!"