April 18, 2014
My theme: Book Titles A to Z written by Maine authors,
and a poem for that title each day for the month of April.
The poem is not about the book, but is written with the title as inspiration!

It is also Poetry Friday ----which is also a P word! Head on over to Life on the Deckle Edge where Robyn Hood Black is hosting some good poetry today. 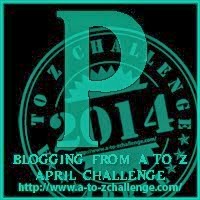 If a panda whispers, listen;
He's telling you what he knows,
Like how far it is from Spain to Maine,
Or how an orange grows.

No, pandas do not often talk,
Pay attention, though they're lispers;
They're saying something vital
When their voice creeps low to whispers.

Well, there you go, you've learned a lot!
Now, off you go to bed -
Panda has much more to teach;
You'll need a rested head.

Mary Beth Owens wrote and illustrated Panda Whispers.   She also wrote A Caribou Alphabet, which was selected by Parenting magazine as one of the ten best picture books of 1991.  In 1995 she was awarded the Lupine Award and the Christopher Award for her illustrations in Prize in the Snow.
Mary Beth Owens lives in Walpole, Maine.

March out the band!
Start up the tunes!
Roll out the floats!
Get the balloons!
We’ll need some popcorn,
And ice cream to sell,
Some flags to fly,
Some batons as well;
For the Biggest Parade
You ever have seen...
What? A Pig Parade?
What can you mean?

March out the hogs
On little pig’s feet,
Get those piglets to wiggle!
Though they aren’t very neat.
Line them up in the mud
Before they have doubts;
Wash the mud off their ears
And corn off their snouts!
Give them horns to blow on
And drums made of pails;
Some trash lids for cymbals -
Tie balloons to their tails!
How pink and shiny this
Hoard of hogs will be;
The Piggest Parade
In porker history!

©Donna JT Smith, 2014
The author Michael Ian Black is actually from Connecticut, but the illustrator, Kevin Hawkes is from Maine.  So I am technically cheating on this one, but I don't care.  I like the book and the illustrations.


This post was brought to you today by the letter P!
Perfect!

Q comes with U!